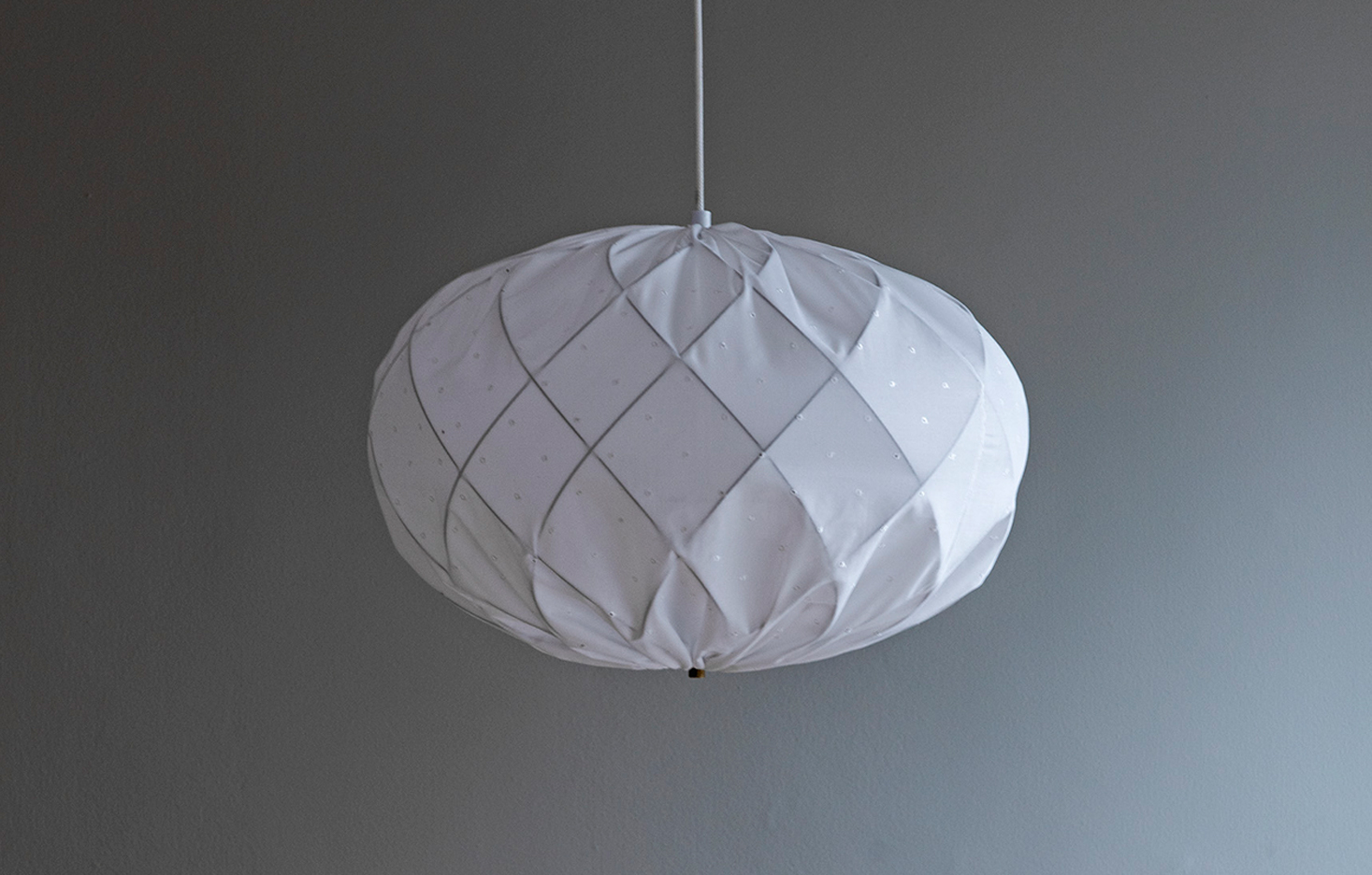 Those famous illuminated spheres have a new cousin. The Pia lamp is a timeless classic by Gärsnäs: for ceiling, floor, rooms. Now the Pia family is extended with Pia Mandarin, an oblate globe reminiscent of the citrus fruit. The lamp’s spherical structure is made of silver wire draped in white cotton fabric, which casts a soft, floating light. Small holes in the fabric provide a sparkling effect. Pia Mandarin is available in a diameter size 52 cm. Light strength can vary. The fabric is removable and washable. 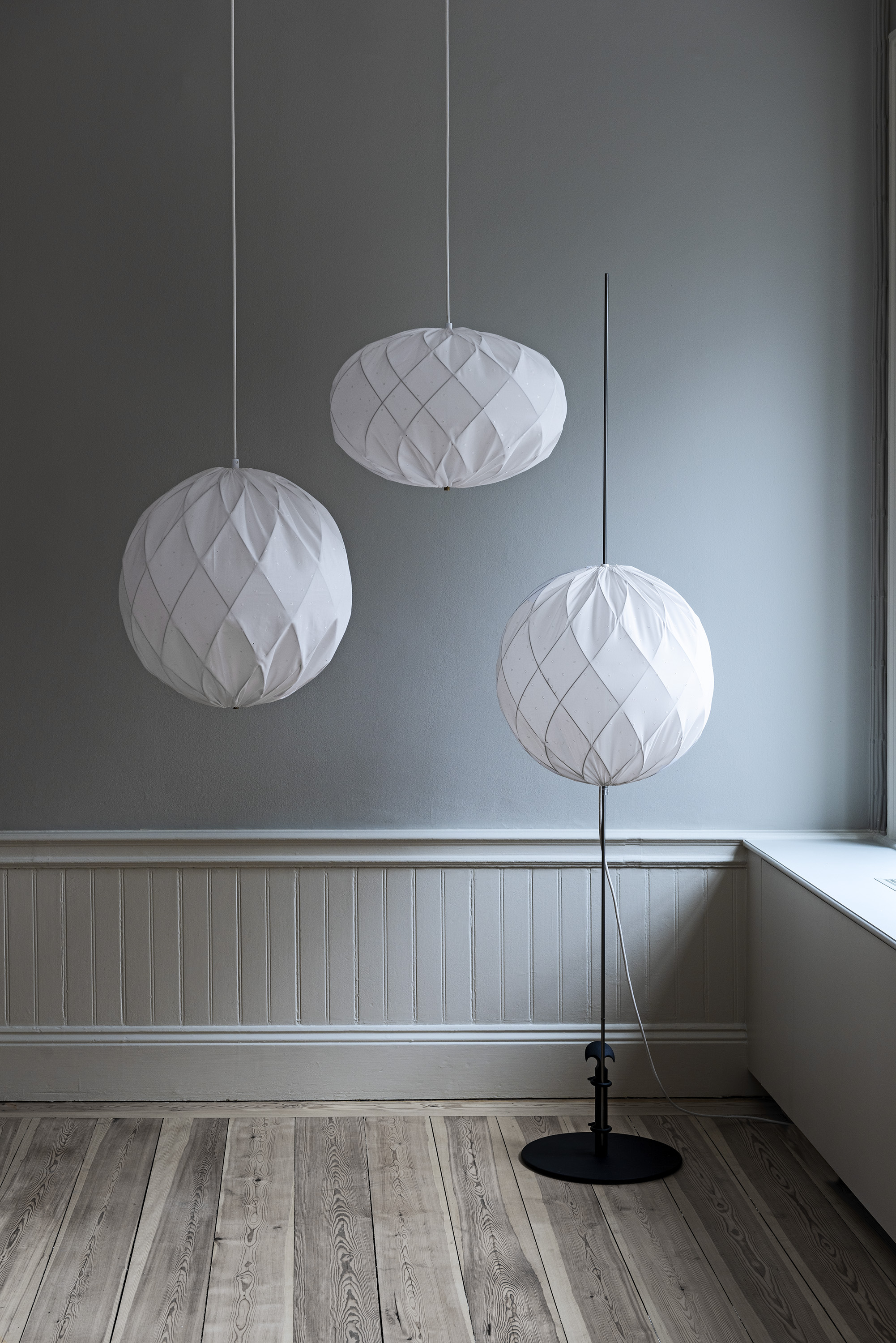 The first Pia lamps were designed in the 1940s by architect Tore Ahlsén, who wanted to bring nature’s beautiful, gentle light indoors. He experimented with a silver wire bent in circles from various fixed points. The name comes from mathematics: Pi being the ratio between a circle’s circumference to its diameter.

Together with his brother Erik, Tore Ahlsén designed many buildings that characterised the architecture of the Swedish welfare state, including the PUB building in Stockholm, the Kasper Salin award-winning Medborgarhuset in Örebro and Årsta centrum in the 1940s. That is where the very first Pia lamps were designed and they still hang in Folkets Hus today.

In the mid-1970s, Gärsnäs took over the production of the Pia lamps. Products of craftsmanship, they are available as pendants, ceiling fixtures and floor lamps, the latter somewhat oddly named Napoleon by the Nile, for the shape of the regulator at the foot of the lamp that resembles Napoleon’s famous silhouette with the hat. The lamp’s globe is like Napoleon looking at the moon over the Nile. This floor model was first designed for Kooperativa Förbundet and later produced by Nordiska Kompaniet, but was gradually dropped from production.

Since 1976, Gärsnäs has made Napoleon by the Nile with a black, cast-iron foot. Tore Ahlsén also designed our popular Pia garden chairs in white-painted metal.