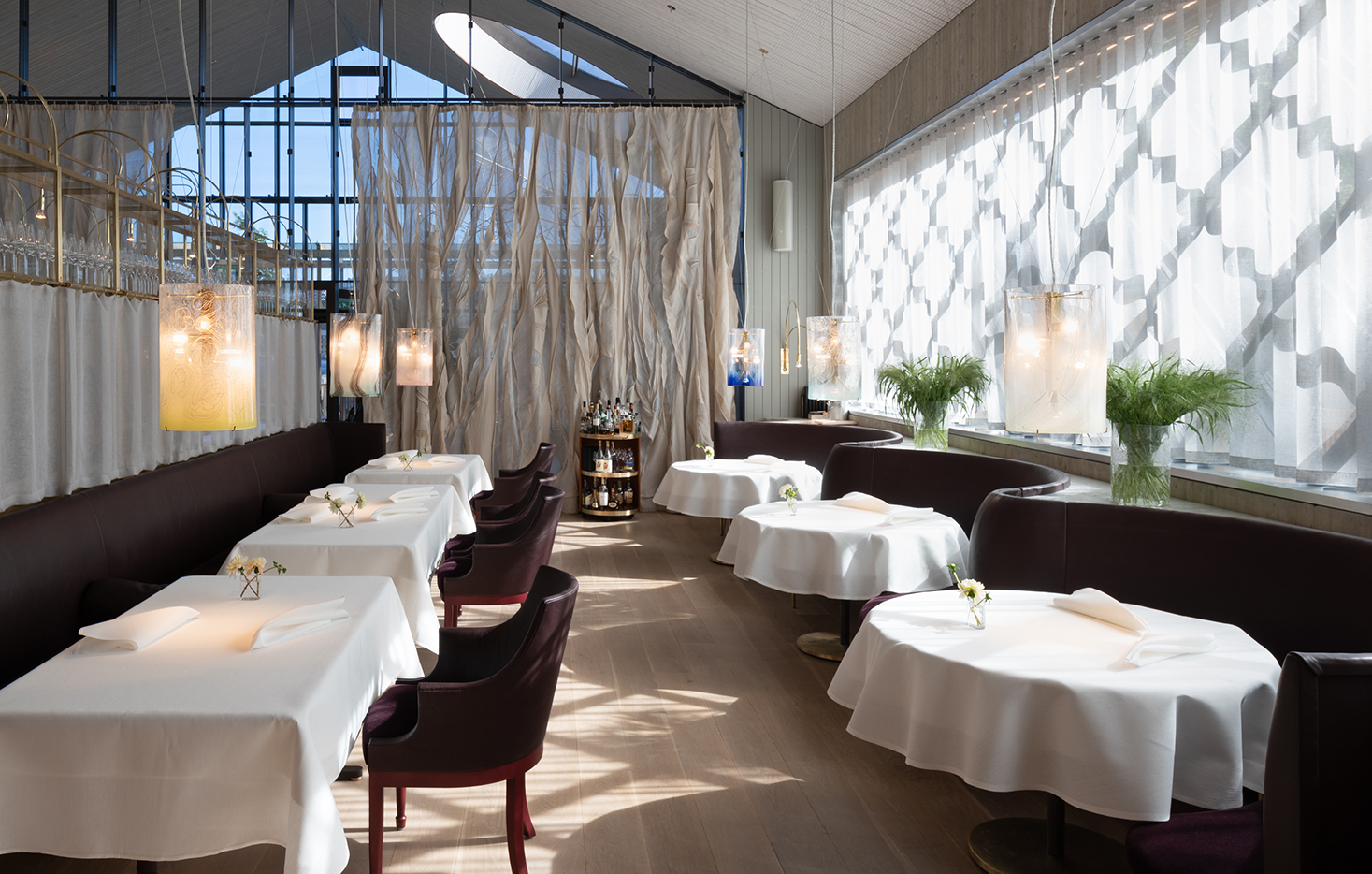 Gärsnäs at a fine dining

AIRA, restaurateur Tommy Myllymäki’s and Svenska Brasserier’s new restaurant on Djurgården, has chosen Gärsnäs SAGA chairs to provide an air of classic refinement to their dining. It is an old model, updated by Åke Axelsson and Jonas Bohlin, the latter also designing the building and decorating the restaurant. The chair was discovered in the early 1960s by architect Peter Celsing and restaurateur Tore Wretman while on the good ship Wellamo. They wanted the charming chair for the dining room at Operakällaren, which was being modernised. The captain let them borrow a chair.

“They tossed the chair on to my worktable and asked me to make a design,” says Åke Axelsson. No sooner said than done. The chairs were made at NK’s workshops in Nyköping and used for many years.
Now when AIRA wanted the design updated, Åke and Jonas collaborated on simplifying and adapting it to modern production methods. “It is no simple copy, but a reinterpretation. Above all, the back legs are different, being significantly more sweeping and elegant,” says Åke, who built the first prototype with furniture-maker Daniel Ericsson at the workshop on Engarn. Gärsnäs mass-produced the chairs for AIRA.