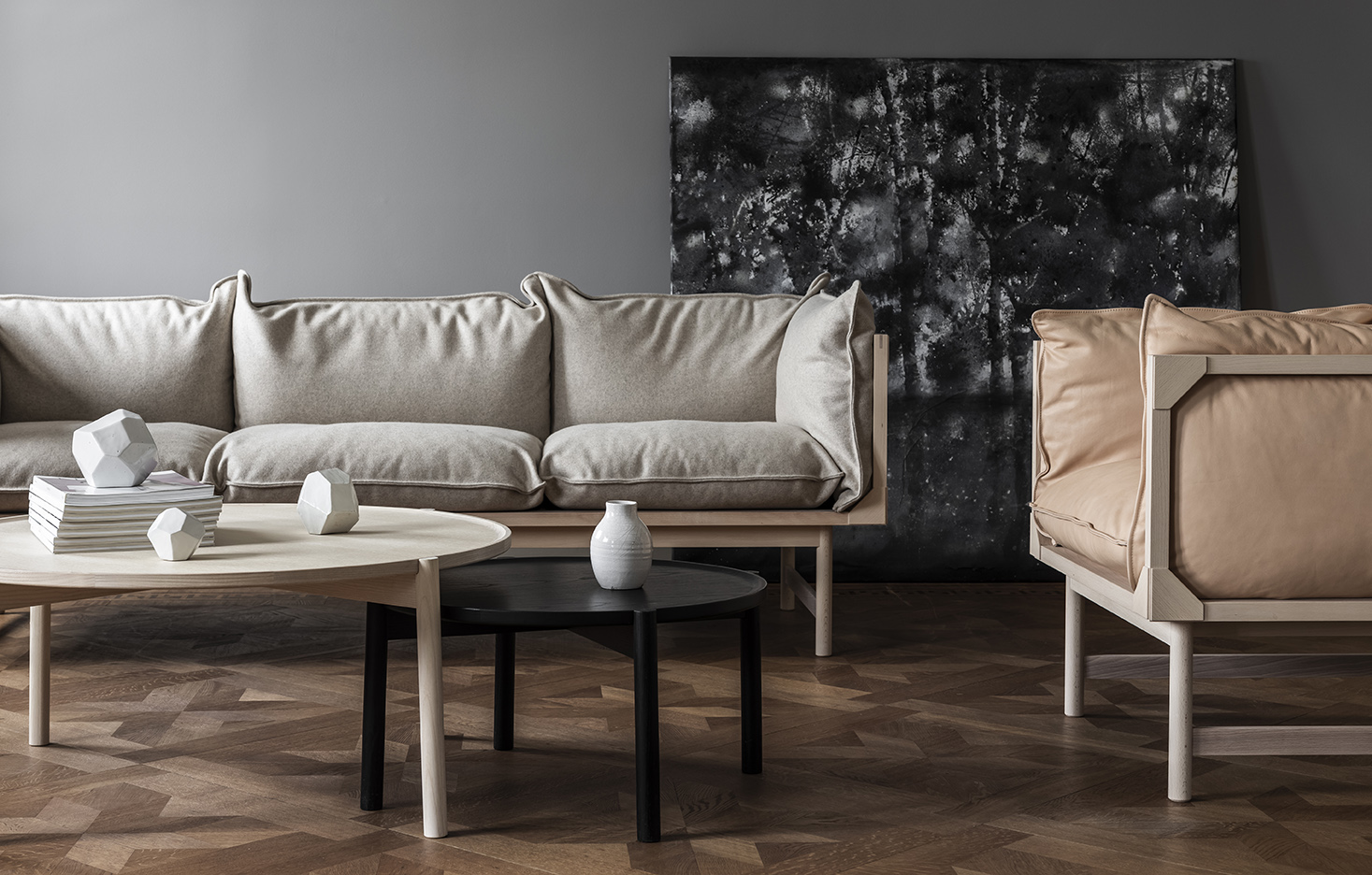 The superb can always be better

Bleck, sofa and easy chair, designed by TAF Studio, Gabriella Lenke and Mattias Ståhlbom, was launched in 2017. With its exposed construction of square wooden beams and braces, called bleck in Swedish and inspired by the frames of oil paintings, it was an exciting, new, head-turning design for Gärsnäs that received Sköna Hem magazine’s Furniture of the Year Award 2017.
Bleck literally has no boring side, front or back; on the contrary, its very soul exists in the interplay between the naked wooden frames and the fluffiness of the cushions. Bleck found its role in the cutting edge between public space and a homely sense of place. Since then, Gabriella and Mattias have spent a lot of time with Bleck and have now chosen to make it even better.

“We wanted to highlight the puffiness, the softness, which is Bleck’s personality. It should signal a slightly more laid back feeling, more a home sofa, offering a sense of landing when you sit down,” says Gabriella.

There are no radical changes, mostly adjustments to dimensions, a Bleck version that is more at ease. The easy chair is somewhat broader and deeper; the sofa is deeper. The legs on both have been shortened by several centimetres. The sofa’s personality, frames, braces and the construction’s wooden craftsmanship are still the same. Bleck is available as a three- and two-seat sofa and easy chair. There is a choice of colours and upholstery. The cushion stuffing is ball fibre.